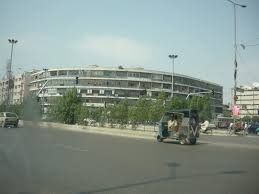 Islamabad: Member of National Assembly (MNA) Najeeb Haroon chaired a meeting of the Standing Committee on Housing and Works on Wednesday and asked the Ministries concerned to solve the issues facing the residents of the Jamshed Quarters area in Karachi, a news source reported.

Secretary Ministry of Housing and Works Dr. Imran Zeb Khan told the committee that Prime Minister (PM) Imran Khan had directed his ministry to develop a project in the same locality — in order to provide accommodation to the residents of Jamshed Quarters — and to build a housing scheme in the remaining area.

The secretary said that the FGEHA was going to launch housing schemes for federal government employees and other groups under the lead of the NPHDA. He further added that the FGEHA was also pursuing the early development of the Green-Enclave-1 at Bhara Kahu in Islamabad.