QUETTA: The Environmental Protection Agency (EPA) on Wednesday imposed a ban on the use, sale, purchase and manufacture of polythene bags in the provincial capital with immediate effect. 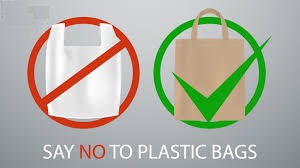 A notification issued by the EPA said the use of polythene bags was an offence as per the Balochistan Environmental Protection Act. Anyone who violated the ban will be penalised under the law, it added.

PM Imran directs the protection of green areas in Islamabad