KARACHI – Under World Bank Solid Waste Emergency and Efficiency Project (SWEEP), $11 million pre-drone surveys have been conducted of all the 38 Nullahs of KMC while environmental and socio-economic management survey is being conducted across Nullahs and dumpsites as per the requirement of the World Bank. 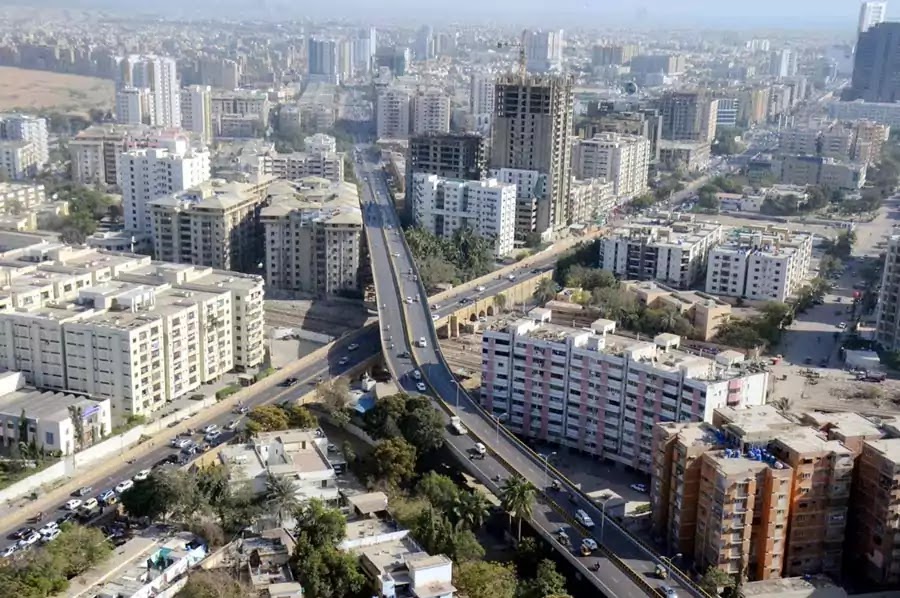 This was disclosed in a meeting held here with Sindh Chief Minister Syed Murad Ali Shah in a chair, said a spokesperson to the CM Sindh on Thursday.

The meeting was attended by Minister Local Government Nasir Shah, Chief Secretary Mumtaz Shah, PSCM Sajid Jamal Abro, Secretary Local Government Roshan Shaikh, Secretary Finance Hassan Naqvi, PD Competitive and Livable City of Karachi (CLICK) Zubair Channa and others.  The Sindh Chief Minister said that under rain emergency arrangements, he had released Rs 229 million and placed the funds at the disposal of all divisional commissioners. “I had issued directives through the chief secretary to all the DCs and MCs to clean Nullahs and make necessary arrangements for disposal of rainwater”.

The chief minister said that the World Bank has agreed to invest the US $ 100 million in Improvement of Solid Waste System in Karachi.

It may be noted that the SWEEP project was conceived in November 2019. The project includes, improvement of garbage transfer stations as per international standards, the establishment of the modern landfill site at Dhabeji, up-gradation of Jam Chakro Landfill site, emergency intervention to clean Nullah of Karachi which serves as main Sewage Carrier of City are being undertaken. SWEEP has an allocation of $11 million for the emergency component. Briefing the chief minister, PD CLICK Project Zubair Channa said that the concept note of SWEEP Project was approved by the Planning Commission on June 8. On the recommendation of WB and as a stop-gap arrangement CLICK was assigned the task of SWEEP. The CLICK was authorized to undertake Nullah cleaning exercise as defined in the SWEEP Project.

At this, the chief minister said that the Sindh government was investing $ 8 million from its resources which would be retro-effectively reimbursed by the World Bank.  Zubair Channa said that the permission of opening Assignment Account had been given by the Finance Department as well as AG Sindh. The National Bank would issue an account number by Monday.  Zubair Channa told the chief minister that the methodology adopted for payment to the contractors was quite transparent and foolproof.

He added that the amount would be paid to contractors based on the quantum of sludge taken out from Nullahs and disposed of or dumped.

At Jam Chakro, a 10-acres land and TP-1 (old sludge tanks) have been identified as designed Dump Sites. Third-party qualification of sludge disposed of dumpsites- NESPAK has been given monitoring and spot-checking assignment. The District specific QR coded slips would be printed for each district. The NESPAK on the basis of the slip would again quantify the sludge at the dumpsite. Only 38 major Nullahs under the administration of KMC have been undertaken in the SWEEP.

The PD told the chief minister that pre-drone surveys have been conducted of all the 38 Nullahs of KMC. The environmental and socio-economic management survey was being conducted across Nullahs and dumpsites as per World Bank requirement.

The chief minister was told that the excavation or cleaning of nullahs has been started in the city. So far quantity 295824 tons of garbage/sludge have been taken from different nullahs located in different districts.

The chief minister was told that power outage by KE and HESCO was creating issues of the closure of main pumping stations at disposal points.

The chief minister directed the energy department to talk to KE and HESCO and direct them to exempt pumping stations from their load-shedding.

The chief minister said that the issue of cleaning and reconstruction of nullahs in Karachi were being made under SWEEP. It would resolve the issue once for all and then their maintenance would be managed by the KMC, he said.

Syed Murad Ali Shah said that more than 50 per cent of solid waste dumped in open nullahs was one issue and illegal allotment and encroachments along nullahs was another. He directed the chief secretary to resolve both the issues by giving necessary directives to the concerned departments and institutions.