ISLAMABAD: The Capital Development Authority (CDA) has stated that Monal Restaurant, a popular eatery in the protected Margalla Hills National Park, is built on its land. 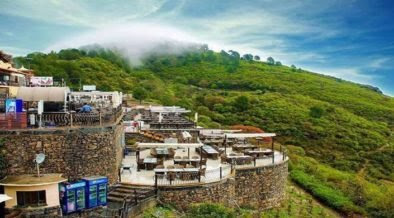 In response to a query by the Kohsar police, CDA’s revenue directorate carried out demarcation that has confirmed that Monal and its adjoining areas – where more construction was recently attempted – belongs to the CDA.

The CDA’s report said this area is part of Chackgaa in Saidpur village, which was acquired by the CDA in 1965 in exchange for monetary compensation to its local population.

This May, a five-member Supreme Court bench headed by Chief Justice Gulzar Ahmed ordered that the Islamabad administration replant trees felled during the attempted expansion of Monal Restaurant.

The CDA’s environment wing had an FIR registered against the restaurant management with the Kohsar police dated May 18 for allegedly cutting trees on CDA land.

However, during the investigation, the police said that the suspects nominated in the FIR argued that the land does not belong to the CDA but to General Headquarters’ (GHQ) Remount Veterinary and Farms Directorate, from which they obtained approval to carry out earth leveling work for beautification purposes.

Police sources said that the CDA was asked through an official letter on Sept 15 to share details about the ownership of land on which Monal Restaurant is built.

A CDA team led by Tehsildar Yasir Shah carried out demarcation and said the land belonged to the CDA.

The report, which is available with Dawn, said that during the demarcation and investigation, it was pointed out that there is a well in the area south of Monal that falls in Khasra No.2431 in Saidpur village, and some houses were also found that led to further scrutiny of CDA records.

CDA land records revealed that the land in question falls within Saidpur, which consists of Khasra No.2422 to 2445 – a total of 753 kanals that were acquired by the CDA in exchange for money paid to locals through a land award dated Feb 10, 1965.

The report said that north of this land, there is land belonging to the Reserved Forest, and land to the east and south belongs to GHQ’s Remount Veterinary and Farms Directorate.

The restaurant is a CDA property, built by the authority in 2005-6 with its own resources and leased to a private party for 15 years. The lease agreement will expire next year.

The fate of the restaurant, once the lease expires, is unclear, as the aforementioned GHQ directorate wrote to the CDA and Directorate of Municipal Administration last year that the land on which Monal is built is part of military grassland according to demarcation and a survey conducted by the Survey of Pakistan in 2017.

Sources said the owner of the restaurant has been paying rent to both organizations for the last year because of the lack of clarity around the land’s ownership.

Monal’s management told Dawn that they did not fell trees on the site but leveled the earth for beautification.

When contacted, CDA Tehsildar Yasir Shah said that according to the demarcation report, the restaurant and its adjoining area belong to the CDA.

“We conducted the demarcation at the police’s request, and the report has been sent to them,” he added.