Sindh’s chief minister has decided to organize the ground-breaking ceremony for the 39-kilometer Malir Expressway project in the second week of November. He has also approved the construction of a link road for Korangi. 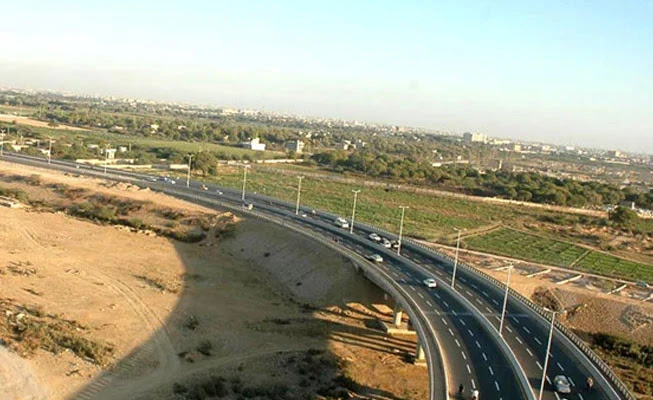 Syed Murad Ali Shah took these decisions on Thursday during a meeting that he presided over at the CM House to review the projects being launched as part of a public-private partnership.

The Sindh Investment Department informed the chief executive that the concessionaire agreement for the Malir Expressway project has been executed, while an independent auditor as well as an engineer have been appointed for the project.

The meeting was told that agreements are being finalized and banks have started approving the financial close of the project, while the concessionaire has been finalizing a detailed design of the project.

The Malir Expressway is a 39km road to be constructed along the Malir River. It will be a four-lane carriageway. Its original estimated completion period is three years, but the CM has directed the investment department to get it constructed in two.

Three flyovers and eight underpasses will be constructed as part of the project, which will start from the KPT Interchange in Qayyumabad and terminate at the Karachi-Hyderabad Motorway near Kathore. CM Shah gave the go-ahead to the investment department to mobilize machinery for the project, saying that he will lay its foundation stone in the second week of next month.

The chief executive also approved the construction of a 12km link road for Korangi. The starting point of the road will be the Creek Avenue at the Korangi Causeway intersection and it will end at the PAF Airmen Golf Club.

The alignment of the road will be along the Korangi Causeway and the Malir River. It will be a new four-lane road linking to Korangi. Shah directed the planning & development department to complete its geotechnical investigation and traffic survey before submitting their results for taking them up as part of public-private partnership or through the Annual Development Plan.