PESHAWAR: The Secretary Industry and Trader Khyber Pakhtunkhwa Javed Marwat Wednesday announced the provision of all basic facilities to small industries phase-2 Abbattabad within a month. 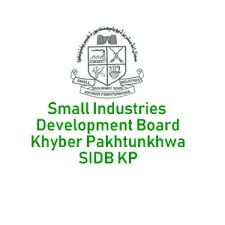 During his visit to small industry Abbattabad, he said the provincial government is committed to facilitating the investors for promotion of the industrial sector, adding that the government has announced relaxation in tax policy
He said the time has come to adopt new technology in the industrial sector to meet the challenges and demands of CPEC projects.
Later addressing a meeting of industrialists, he said that there are diverse challenges and problems in the industrial sector and efforts are being made to overcome these.
He said KP province faced the brunt of terrorism for more than 15 years due to which the industrial sector suffered multiple losses, adding that now peace has restored and the country has been put on a path of development.
Speaking on the occasion Managing Director Small Industry Board Ghazanfar Khattak said that Hazara has great potential of development as the division has natural resources including granite in abundance.
He said that soon the small industry phase-2 would be declared a special economic zone due to which the investors would get exemption in tax and duty on the purchase of machinery.
He said granite industrial state would also be set up in Manshera and granite units would be shifted from Small Industry phase-2 Abbottabad to granite industrial state.
Chief Executive Investment and Trade Board Ehsan Daud Butt said on the occasion that cottage industry is contributing 80 per cent share in the national economy and the government gave considerable relief to the investors in the fiscal budget.
He said the government is giving incentives to attract and facilitate new investors for promotion of the industrial sector.
Member Board of Directors Investment and Trader, Iftikhar Khan said that small industry phase 2 would provide 10,000 employment opportunities. He suggested that export should be encouraged instead of international trade, setting up of a branch of State Bank in a small industry, and establishment of the expo centre.
Earlier, Secretary Industry and Trade visited the small industry and directed Additional Assistant Commissioner Tariq and Assistant Commissioner Akasha to resolve basic issues of the industry and submit a report.