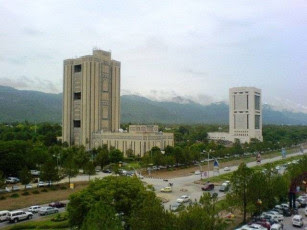 CDA officials said the awards for these sectors should have been announced at the same time as their land acquisition awards to prevent further construction, but since the authority failed to do this, new homes have been built in these areas.

“We have been working vigorously to announce pending BUP awards in almost all such sectors where land had already been acquired. Hopefully, within a couple of months, we will complete this task,” Director Land Shafi Marwat said.

He added that the BUP awards should have been announced on the same day as the land awards so that the possession of land could be taken smoothly to develop the sectors.

“For further acquisitions, we have decided to announce both awards on the same day,” Mr. Marwat, who holds an additional charge as deputy commissioner of the CDA, added.

The CDA deputy commissioner is supposed to announce land and BUP awards.

According to CDA rules, owners of the built-up property are entitled to alternate plots from the CDA.

“Our survey to determine the actual numbers of BUPs in the sectors in question is in progress. All the legitimate people will be given alternate plots,” Mr. Marwat said, adding that section 144 has already been imposed in these areas to prevent further construction.

Some CDA officials said that besides announcing new BUP awards, the CDA should also provide alternate plots to residents of the underdeveloped C-15 and E-12 sectors.

Although the BUP awards have been announced for both areas, the CDA has not compensated people in accordance with the BUP, bringing development to a halt.

The CDA has started some development work in these two sectors, but locals have caused problems for contractors because their issues have yet to be resolved.