LAHORE: The country’s carmakers have asked the government for tax relief as they said the Covid-19 lockdown has exacerbated the financial squeeze owing to a drastic drop in demand. 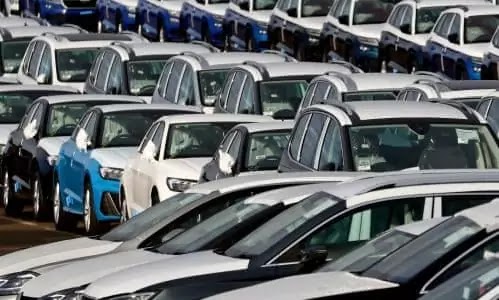 The industry urged the government to slash import duties on completely-knocked-down kits to 10 percent till December, remove federal excise duty (FED) on locally-manufactured motor vehicles, reduce the minimum tax from 1.5pc to 0.25pc for automobile manufacturers as well as their vendors and dealers and withdraw 3pc additional sales tax.

Moreover, they have called for 50pc cut in general sales tax till December, revoke the increase in additional customs duty for imports and immediately release the outstanding refunds of sales tax and income tax to the industry in addition to reducing income tax for salaried people by 25pc for the tax year 2019 to help them cope with the current crisis.

The manufacturers have also called for exemption of withholding tax on salaries for the last quarter of the current fiscal year and reduction in the corporate tax rate to 28pc.

Speaking to Dawn on condition of anonymity, a Pak Suzuki executive said the automobile industry had experienced close to 50pc reduction in production in the first three quarters of the current fiscal year because of imposition new taxes such as the FED, additional customs duty and minimum value-added tax and currency depreciation.

“Each sector of the auto industry has been on the decline, which has been exacerbated by the Covid-19 shutdown since Mar 21. The industry and dealerships are going to suffer huge financial losses,” he said. “The financial crunch is crippling our business as sales have stopped and yet we have to make payments to our employees and local and foreign suppliers in addition to paying utility bills.”

He said the impact of the pandemic is likely to continue in the coming months, pushing up costs because of the shutdown. “Without tax incentives and other relief measures, the auto sector — major contributor to the GDP, tax revenues and employment — is unlikely to stand back on its feet,” he concluded.

Courtesy Of The Dawn.