LAHORE: Lahore High Court (LHC) Chief Justice Muhammad Qasim Khan was irked Friday after it was transpired that a housing society was a claimant of a piece of land of the Evacuee Trust Property Board  ETPB, illegally occupied by the police. 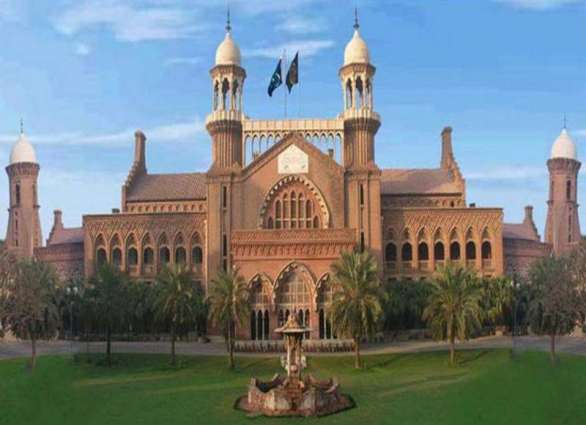 “Now I understand as to why the Police Department had been reluctant to vacate that piece of land,” the chief justice said, as a provincial government application revealed that there was litigation pending before a civil court on a suit of the housing society against the Elite Police Training School (EPTS).

Additional Advocate General Asif Bhatti informed the court that a civil court had issued a stay order in favor of the housing society. He said in the presence of the stay order, the possession of the land could not be given to the ETPB.

Expressing concern over the involvement of the housing society in the matter, the LHC CJ noted that the housing authority also faced a scam of plots allocated for the families of the martyrs. “It seems the police want to usurp the land in connivance with the housing society,” the chief justice remarked and added that no one was above the law. “You people are trying to grab the land meant for minorities,” the CJ reminded Inspector General of Police Inam Ghani and other government officials present in the court.

The law officer said the housing society claimed to have purchased the land from the ETPB; however, he said the police training school kept the possession with it for security reasons. He also presented a map of the land in question prepared by the office of the deputy commissioner. He said the exchange deed between the ETPB and the EPTS had not been approved by the deputy commissioner.

CJ Khan pointed out that the ETPB land could not be sold out or purchased, but leased out for the purpose of earning. The government’s application revealed that the land in question was exchanged by a retired major Sanaullah, then in-charge monitoring of the EPTS in 2003, which was also agreed by the ETPB.

Chief Justice Khan directed the IGP Ghani to furnish names of those who held the offices of the provincial police chief, CCPO, and commandant of the police training school when the land was purchased for the school.

The IGP was also directed to seek help from the persons concerned and trace the whereabouts of one Sanaullah. The CJ also directed the law officer to assist the court on the next hearing as to under what offense the Police Department could be charged for occupying the land of the minorities.

Earlier, Anti-Corruption Establishment Director-General Gohar Nafees told the court that his organization lacked jurisdiction in the matter since the ETPB was a federal institution. The hearing was adjourned for Jan 21.