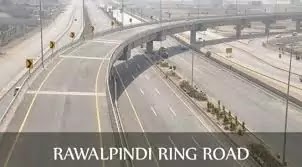 Rawalpindi: A Section 4 notification geared to acquire an additional 6,000 kanals of land for the construction of the Rawalpindi Ring Road has been prepared, a news source reported. The land identified for this purpose is located in Mouza Murat and Mouza Hushial.

RRR to stretch over 100km to encircle Islamabad and Rawalpindi: Sarwar

This route change, to be implemented through the addition of two more stations to the RRR route, is needed for connecting the RRR with the Islamabad Ring Road. Previously, the Punjab government issued a section 4 notification to acquire 14,600 kanals of land in various mouzas marked along the route planned under the RRR alone.

Reportedly, the authority concerned has started the RRR route survey on the route connecting Murat with Sanjani.

RRR: Flyovers proposed over settlements falling along the highway route

As per the initial estimates, the project’s land acquisition process was to cost the government a total sum of PKR 4 billion. With the new requirement to acquire an additional 6,000 kanals of land, the govt has provided some indication of increasing the sum. In addition, the landowners concerned have also been notified that their properties would be acquired at the market rate.