Haripur: Haripur Deputy Commissioner Nadeem Nasir has announced that the 3-day Khanpur Festival, organized to promote tourism at the water reservoir, is scheduled to start tomorrow (February 14), according to a news source. As per the publication, the waterside gala, which was originally named the ‘Orange Festival’, has been successfully conducted over the past three years. 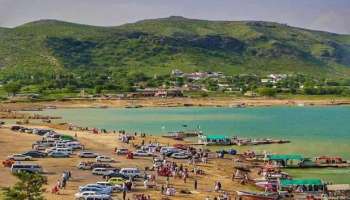 Khanpur Dam Phase 3 to be completed by mid-December

The festival will feature 100 stalls exhibiting local handicrafts, food items, cultural artifacts and locally grown varieties of oranges. In addition, the event will also feature folk music, horse dance, Gatka Fights and literature on local history and culture. The much-famous para-gliding, boat riding, and other sports activities will also be part of the 3-day festival.

Speaking to the media, Commissioner Nasir said that ambassadors of several countries would be attending this festival. He also said that the event was meant to market the Khanpur Reservoir as a fine tourist attraction located at just a 40 minutes’ drive from Islamabad.

Additionally, sources claimed that Punjab Minister for Housing and Urban Development Mian Mehmoor-ur-Rasheed would be attending the festival as well.