The Karachi Development Authority launched on Thursday a digital system to deal with land-related matters. It is named as the File Movement Management System. 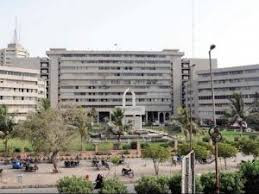 Sindh Minister for Local Government Nasir Shah inaugurated the new system during a ceremony at the Civic Center.

“This took too much time as the entire process was done manually,” he said. How does the new system work?

The file then makes its way to the Scrutiny Committee and an e-receipt is generated with the sticker barcode on it. The applicants can also get a QR code through which they can get information regarding the status of their file.

“By following this process, applicants can get their file along with the final challan in seven working days,” Qaimkhani said.

This new system would facilitate applicants and discourage the broker mafia, he added.

previousLDA allocates Rs 3b in new budget for construction of apartments
nextBuilders commit to add 100,000 housing units across country