Govt to give incentives to overseas Pakistanis for investment: PM

ISLAMABAD: The prime minister said the government would give incentives to overseas Pakistanis for investment in the country and in the process of sending foreign remittances. 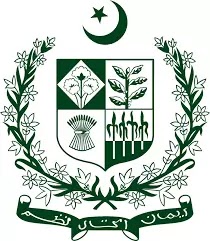 The prime minister expressed satisfaction over the investment promised by the local investors in two mega projects. Bundle Island project is said to be aimed at the development of a new city on the outskirts of Karachi. He assured all possible support of the government in development projects and that all hurdles in their way will be removed.

Prime Minister Imran Khan was informed on Thursday that some leading businessmen of the country have formed a consortium to make a huge investment in two mega-development projects — Urban Development and Bundle Island Project (UDBSP) in Karachi and the Ravi River Front Urban Development Project (RRFUDP).

In a separate meeting of the National Coordination Committee (NCC) on Housing, Construction, and Development, the prime minister was apprised that the Capital Development Authority (CDA) has fetched Rs55 billion in two recent auctions of commercial and residential plots.

According to the Prime Minister Office (PMO), PM Khan, during the NCC meeting on construction, housing and development, was updated on development and construction projects in Islamabad, Punjab, Khyber Pakhtunkhwa, and Sindh.

CDA Chairman Amir Ali Ahmed informed the meeting that the authority has generated Rs55 billion through two recent auctions of plots and the money would be spent on uplift projects in the federal capital.

He apprised the meeting that the city managers have completed some infrastructure projects like Park Enclave bridge, Burma bridge, G-7, and G-8 underpass, some pedestrian bridges, and an additional block in Capital Hospital.

The meeting was informed that the much-awaited Ghazi Barotha Water Supply project has been started to provide adequate drinking water to residents of the twin cities of Rawalpindi and Islamabad. Similarly, Rewat-Barakahu Ring Road is under consideration.

A briefing was also given on preserving green areas in Islamabad.

The Sindh chief secretary informed the meeting that approval has been given for 19 development projects to be executed on 3.8 million sq feet (msf). The process of approval of other uplift projects on 4.2 msf is under progress.

Chief Secretary of Punjab Jawad Rafiq said Punjab has made a remarkable achievement by reducing the running cost of the Lahore Metro Bus service by signing a fresh agreement with a private firm for running buses at the cost of Rs304 per kilometer, whereas the previous government inked the same agreement at Rs364 per km. In this way, the provincial government has reduced the running cost of the project by Rs287 million per year and Rs2.29 billion in eight years.

The prime minister was informed that the first agreement to run the Lahore Metro Bus service was signed on Sept 28, 2012, with a Turkish firm (Platform) for eight years under which it runs buses at the cost Rs368 per km. Initially, 18 meter-long 64 buses plied.

The present provincial government of Punjab has re-awarded the contract to another firm called VEDA Ammiza on Sept 26, 2020, under which the firm will run buses at the cost of Rs304 per km.

The prime minister expressed satisfaction over the new agreement and vowed that the government is committed to spending public money in an appropriate manner.