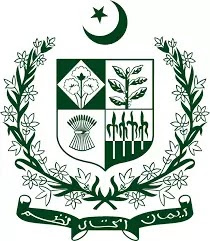 Talking to a delegation of industrialists and representatives from Karachi’s trade organizations on Thursday, the prime minister said he would continue holding meetings with businessmen so that the process of reforms and facilitation could be taken forward by considering proposals of the business community.

Members of the delegation lauded the government for its policy and measures aimed at the promotion of industrialization in the country, particularly the small and medium enterprises (SMEs), and for announcing the Karachi package.

The delegation also apprised the prime minister regarding the difficulties faced by the business community.

The government team also briefed the meeting about the measures being taken for the facilitation of the businessmen and ease of doing business in the country.

Separately, in a meeting of the National Coordination Committee for SMEs, the proposed National Policy on Small and Medium Enterprises 2020 was presented to Prime Minister Imran. The policy is aimed at promoting the sector across the country. The prime minister was given a detailed briefing on the salient features of the proposed policy.

Chairing the meeting, he directed Minister for Industries Hammad Azhar to finalize a roadmap based on timelines for implementation of the proposed SME policy in consultation with provinces at the earliest.

The PM further stressed upon the federal departments and provincial governments to pay special attention to the development of SMEs.

He added that the government was committed to extending all possible facilities to SMEs including simplification of rules and regulations, provision of credit, facilitation of tax system, and facilitation of business.

He further said that providing job opportunities to youth, increasing exports, and wealth creation was the top priority of the government.

“Development of SMEs plays a key role in achieving these three targets,” he added. “During the last 10 years, SMEs were completely neglected, which had a negative impact on the national economy.”

Sindh Govt. must use Rs.700bn allocated for Karachi Asad Umar

Sindh Govt. must use Rs.700bn allocated for Karachi Asad Umar. KARACHI: Federal Minister for Planning Asad Umar has urged the PPP-led Sindh government to utilize the Rs700 billion, which, according to him, has been allocated...
Read more

112 FBR registered Companies to work on 123 on Housing & Construction

112 FBR registered Companies to work on 123 on Housing & Construction. ISLAMABAD, Pakistan: The Chairman Federal Board of Revenue (FBR) Muhammad Javed Ghani has told a meeting of the National Coordination Committee on Housing,...
Read more