CNIC requirement for goods purchase may get revised.

ISLAMABAD: The Federal Board of Revenue (FBR) may propose relaxation in the Computerised National Identity Card (CNIC) condition for goods purchase worth Rs50,000 in the next budget as Pakistan’s largest business chamber says the government’s failure to implement the condition has created doubts about its abilities. 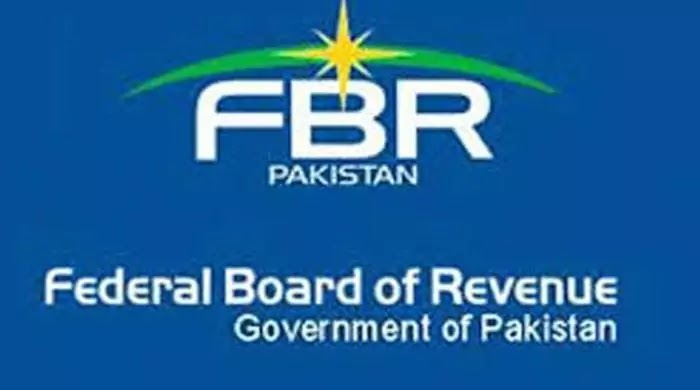 The FBR, which is currently in the process of shortlisting budget proposals, is planning to recommend an increase in the exemption limit for documentation to Rs100,000 worth of purchases, according to sources.

Adviser to Prime Minister on Finance Dr Abdul Hafeez Shaikh has sought a briefing on the major budget proposals made by the country’s various chambers including the Overseas Investors Chamber of Commerce and Industry (OICCI).

The fiscal year 2020-21 budget is expected to be unveiled on June 5, although the government has not yet officially announced date. One of the proposals is to increase the exemption limit for submitting CNIC to Rs100,000 worth of purchases against the existing value of Rs50,000.

Through the budget 2019-20, the government had made it legally binding for industrialists to seek CNIC from wholesalers and distributors on sales of over Rs50,000. The move pitched traders and small shopkeepers against the government and finally, the latter succumbed to the pressure.

The FBR never practically enforced the condition and business continued as usual.

“The government of Pakistan/FBR failure to smoothly implement the tax documentation initiative like CNIC on retailers for purchases in excess of Rs50,000, arrest increasing level of duty not paid on locally produced and smuggled products, like cigarettes, petroleum, etc has also created some uncertainty about the ability of GOP to implement tough decisions,” said the OICCI in its taxation proposals.

The chamber went on to say that a number of measures taken in the last budget, including an increase in the minimum tax rate to 1.5%, abolishing tax credit on investment, halting the gradual decrease in the corporate tax rate to 25% and freezing it at 29%, had shaken the confidence of loyal large investors in Pakistan, like the OICCI members.

The OICCI proposed to the government to reduce the corporate income tax rate, cut the minimum turnover tax and abolish the Alternate Corporate Tax. It also sought a reduction in the general sales tax to 13%.

The Pakistan Tehreek-e-Insaf (PTI) government will unveil its third budget in the midst of uncertainty caused by the health and economic shock from the Covid-19 pandemic. The government faces a challenge as to how to strike a balance between providing economic stimulus and ensuring prudent fiscal management.

The OICCI said Pakistan’s taxation laws were cumbersome that had become a reason for the stagnant tax-to-GDP ratio instead of broadening the tax base.

The OICCI has proposed the consolidation of all federal taxes like income tax, and levies like the Workers Welfare Fund and Workers Profit Participation Fund in one lump sum so as to make the system more efficient and business-friendly. At present, the corporate income tax is 29% but big firms claim that their effective tax rate is 40%.

In the last budget, the government also increased the minimum tax to 1.5%, which the businesses have now demanded to be either abolished or reduced in a bid to avoid liquidity crunch due to Covid-19.

The OICCI demanded that the general rate of minimum tax should be reduced to 0.5% and to 0.2% for oil marketing firms, refineries, LNG terminal operators, large chemical companies, authorised dealers of local vehicle manufacturers and traders, including large trading houses, dealing in sectors with high turnover and low margins.

The minimum tax should be adjustable against future tax liabilities for the next six years, it added.

The Finance Act 2019 reduced tax credit under Section 65B for investing in the purchase of plant and machinery for extension, expansion, balancing, modernising and replacement from 10% to 5% for the tax year 2019 and abolished the tax credit for subsequent tax years.

The OICCI said it adversely impacted investment feasibilities of projects of companies planned on the basis of the said tax credit and shook the confidence of both local and foreign investors.

It demanded that tax credit timelines on new investment may be extended up to FY23 to incentivise investment plans for large long-term projects with a noticeable impact on the economy.

The overseas chamber also sought rationalisation of the withholding tax regime, which increased the cost of doing business for companies and individuals.

The withholding tax regime has more than 30 tax provisions and 50 different tax rates, applicable to nearly all heads of receipts/payments.

The withholding tax regime should be revamped by reducing it to a maximum of five rates for all withholding taxes and the differentiation should be on the basis of active and inactive taxpayers only, it proposed.

The chamber also demanded that the final taxation regime should be done away with and all withholding taxes should be available for adjustment and the operations wing of the FBR should ensure that all persons whose taxes had been deducted file tax returns.

The overseas chamber sought restoration of the zero-rating facility for the dairy sector, which had been abolished by the government.

Work on development projects in Sindh halted because of frozen ADP funds. Karachi: Work on almost all the ongoing uplift projects and schemes in Sindh has come to a close as the provincial government has...
Read more