Mansehra: Saudi Arabia has allocated PKR 2.5 billion for the development of a gravity flow water project in the city, a news source reported. To this effect, Khyber Pakhtunkhwa (KP) Chief Minister (CM) Mahmood Khan recently provided his approval to the initiative; with the Saudi government has agreed to provide the funds needed to cover one-half of the scheme’s total cost. 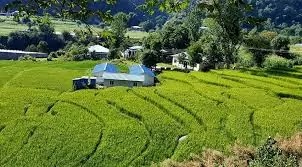 System for making wuzu water reusable to be introduced throughout Punjab

Member of Provincial Assembly (MPA) Babar Saleem Swati on Thursday said that people in Mansehra City and its suburbs suffered health problems due to lack of clean drinking water. He said that the gravity flow water project would be completed at a cost of PKR 5 billion and subsequently, it would resolve the local issues related to drinking water.

Swati said that the initiative would be launched on a timely basis. He further stated that the development of Kotkay small dam is underway and the project would supply water to 25,000 acres of land in Mansehra district following completion.