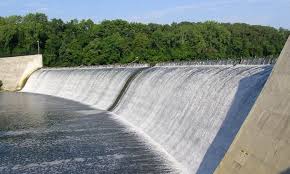 He made the demands as he met Federal Minister for Planning and Special Initiatives, Asad Umar at his office in Islamabad on Thursday, said an official handout. Both discussed the matter related to the mega developmental scheme of KP. The schemes discussed were part of the PSDP of the federal government.

Uninterrupted provision of funds to the provincial government for accelerated development of the merged districts, payment of the arrears of net hydel power to the province and other matters of mutual interest came under discussion as well.

The chief minister termed the proposed CRBC Lift Project as of vital importance for the province to be self-sufficient in the agriculture products. He said the project should be included in the federal PSDP of next financial year.

Mahmood Khan remarked that in the prevailing coronavirus situation, the food security was the top priority of both the federal and provincial governments. He hoped that the CRBC project, on completion, would contribute greatly to the enhanced agricultural produce of not only Khyber Pakhtunkhwa but Punjab as well.

The federal minister assured that keeping in view the importance of the project, its feasibility would be included in the federal PSDP of the upcoming financial year.