LAHORE: Prime Minister Imran Khan on Friday laid the foundation stone of the ambitious Central Business District (CBD) project at the Walton Airport site, asserting that the project would help create much-needed wealth to pay off foreign loans that had accumulated over the past decade of darkness’. 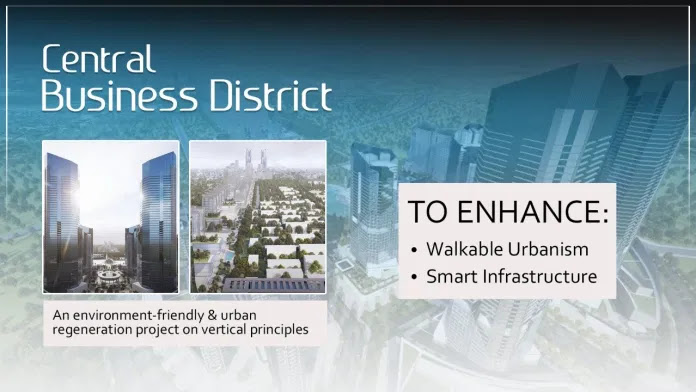 Announcing that the Walton Airport would soon be de-notified, the prime minister said an economic hub would be created as many high-rises would also be constructed along the Gulberg Main Boulevard and Ferozepur Road. In the first phase alone, Mr. Khan said some Rs1,300 billion would be generated that would offer some Rs250 billion to the federal government in the tax revenue.

The prime minister said that both the CBD and Ravi City projects would help control the unplanned growth of Lahore and the vertical construction of buildings would also fulfill the accommodation needs of the city. He said the unplanned expansion of cities like Karachi, Lahore, and Islamabad had made it difficult to ensure civic amenities to all.

By shifting the Walton Airport from the center of the city, the prime minister said, some much-needed Rs6,000 billion would be generated. He, however, expressed his dismay over the cold response from provincial ministers and lawmakers present there and complained that they did not even acknowledge such a mega project to generate wealth. The venue later continued resounding with applause as the prime minister narrated the achievements of his government.

Regretting that the previous government had left an all-time high $20 billion deficit for the PTI government, he said these two mega projects would propel inflow of dollars as even Overseas Pakistanis would be interested in investing in these projects.