Govt. to Set up Industrial Estate on Lahore Multan Motorway. 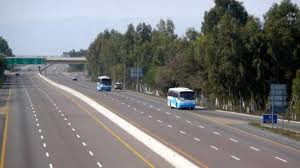 The Industries Minister said that modernly equipped industrial estate will be set up on Lahore Multan Motorway.

He said that the government is implementing policy to boost up exports by decreasing dependency on imports.

He expressed displeasure over the non-utilization of the Pakistan Drug Testing and Research Center at Sunder Industrial Estate, which was set up at a cost of six hundred million rupees.

He directed to prepare a feasible financial model to fully utilize this Center.